A Look at the Senate's Tax Reform Proposal 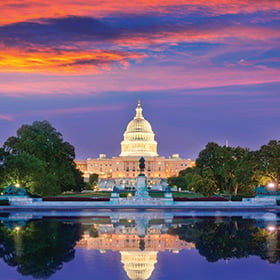 Following up on our recent article on the proposed House Tax Cuts and Jobs Act, here’s a look at the Senate Republicans’ proposal, focusing on how it differs from the House version.

All of this is still being negotiated, and assuming both houses of Congress pass their respective bills, the two will go to a Conference Committee to be reconciled into a single piece of legislation. Check daily news sources for updates.

High earners also benefit from proposed changes to the estate tax, which will apply only to estates valued at more than $11.2 million. However, the Senate proposal does not repeal the tax, as the House Republicans have proposed.

In terms of retirement saving, contributions to Traditional IRAs (up to the annual limit) will continue to reduce your taxable income. When it comes time to prepare your tax return, be sure to talk with your tax preparer about how making tax-free contribution to your IRA could affect your annual gross income, and therefore, your tax bracket.

This tax, passed to ensure that all Americans pay at least some tax, is eliminated under the Senate proposal. The Alternative Minimum Tax now applies to the top 20% of earners—those who earn at least $149,000—and is most often paid by people in the top 1% of earners, or those who earn more than $732,000. Today, approximately five million middle-to-high earners pay this tax.

Generally speaking, the Senate proposal does not take away as many itemized deductions. For example, student loan interest, medical expenses and charitable donations would still be deductible.

It also makes no change to the mortgage deduction, keeping the current $1 million limit.

Finally, one result of the higher standard deduction ($12,000 for individuals, $24,000 for families), is that fewer taxpayers are likely to itemize their deductions at all.

This is one of the biggest differences between the two proposals. The Senate Republicans eliminate completely taxpayers’ ability to deduct any local and state income, property, and sales taxes they pay where they live.

Small business owners, such as a partnership, sole proprietorship, or S-corporation, would be able to pass through income at a 30% tax rate.

Our Proposal: Take Control of Your Own Retirement Savings with a Self-Directed IRA

You don’t have to wait to find out how Congress decides to reform the tax system. We already know that incentives to save for retirement aren’t changing. Why not cut to the chase and contribute to your IRA or other tax-advantaged retirement savings account today?  Don’t have an account? Open one today; it takes less than 10 minutes online.

Take the Wheel to Self-Direct Your Retirement Savings (We Can Help)
April 23, 2015