Which International Central Banks Own the Most Gold and Why? 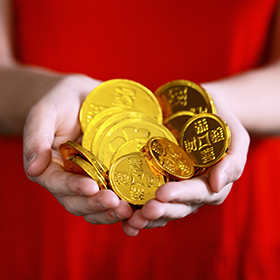 It’s no surprise that central banks around the world hold the largest share of the world’s gold in their coffers. And it turns out that their reasons for holding onto gold are remarkably similar to those of precious metals investors.

Let’s take a look at which countries hold the most gold and why.

Who Owns Gold, How Much, and Where

Overall, the central bank sector (which includes international financial institutions like the Bank for International Settlements) holds approximately 33,800 tonnes of gold bars. According to a recent article in Forbes magazine, the Top 10 alone account for some 23,000 tonnes of that total.

While Switzerland’s gold reserves put it in seventh place overall; looked at on a per capita basis, the Alpine nation has the world’s largest gold reserve. Furthermore, its gold reserves represent 5% of its foreign reserves, a figure higher than China or Japan, and in line with India.

The U.S. stores all of its gold domestically. All of those jokes about the gold in Fort Knox, Kentucky are true; that is where most of the U.S. gold reserves are kept. The remainder is stored at the mints in Philadelphia and Denver, the San Francisco Assay Office, and the West Point Bullion Depository.

Other nations store their gold within and outside their national borders, much of it in the U.S.

Recently, European countries have been repatriating gold previously held in depositories outside their own national borders. Germany for example, has moved 647 tonnes from the Federal Reserve of New York and the Banque de France back to domestic storage. The Netherlands recently repatriated a significant percentage of its reserves from the U.S. and is building a new storage site just outside of Amsterdam.

Having their gold nearby and under local control makes if easier to liquidate or use in other ways, as needed.

For the last few years, Russia has been the biggest buyer of gold. In 2017 alone, it purchased 224 tonnes of bullion, financing the purchase by selling a significant percentage of its U.S. Treasury notes. From a financial perspective, this diversified Russia’s portfolio, while politically it delivered some independence from Western governments that have grown suspicious of Russia’s geopolitical intentions.

France is a reluctant seller of gold, and some politicians on the right have called to stop all future sales, and to repatriate gold held in foreign vaults.

Italy, despite its recent political and economic turmoil, has stayed true to gold as a reserve. Mario Draghi, the president of the European Central Bank and a former governor of the Bank of Italy, supports that position. Gold is a “reserve of safety” and offers protection against fluctuations in the U.S. dollar, he has said.

It’s not surprising that countries that produce gold also hold it in reserve. As USA Gold reports, production in China has doubled over the past 10 years, while South Africa halved its production. For several years, the U.S. and Australia handed second and third place back and forth, until Russia stepped up production in 2014.

Canada, Peru, South Africa, Mexico, Uzbekistan, and Brazil round out the list of Top 10 producer nations. Of those nations, South Africa has the largest gold reserves, at 6,000 tonnes. Its reasoning is simple. The South African Reserve Bank told BullionStar:

“the SARB as a central bank can be viewed as a “traditional gold holder” which has inherited gold reserves as part of a legacy and has over time kept its level of gold reserves unchanged to support a broad country strategy. South Africa being one of the main gold producers in the world, it is appropriate for the SARB to hold part of its official reserves in gold to confirm the country’s confidence in the metal.”

When BullionStar blogger Ronan Manly asked the Top 40 holders of gold reserves why they hold gold as a reserve asset on their balance sheets, he received numerous thoughtful responses, and a few “no comments.” Their reasons will be familiar to anyone who has considered precious metals—and specifically gold—as an investment.

Gold as a Retirement Savings Investment

Whether you hold gold as a store of value, a hedge against inflation, or to diversify your portfolio, you should be aware of the option to hold precious metals in a self-directed retirement savings account.

With a few exceptions, the IRS allows you to hold a wide variety of precious metals in a tax-advantaged retirement savings account. This gives you another reason to consider gold—to build your retirement nest egg.

Go to our Precious Metals Center to learn more about what The Entrust Group offers.

3 Reasons Why Gold Doesn't Collapse Like the Stock Market
June 5, 2018

What You Need to Know About Investing in Precious Metals
July 24, 2019

Be the first to comment! Click here.
Previous What Investors Need to Know About Unrelated Business Income Tax (UBIT)

Next Selecting the IRA Plan That Works Best For You