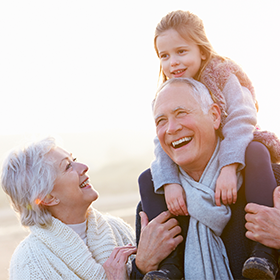 Mr. Smith recently retired from a major airline where he was a pilot for 35 years. To protect his lifelong retirement savings and diversify his portfolio, Mr. Smith began looking into holding physical precious metals within his IRA. Holding individual American Gold Eagle coins is an appealing  option to Mr. Smith because he plans to take the coins in-kind as a distribution from his IRA.

He ultimately settled on a large West Coast dealer, where he placed an order for 100 American Gold Eagles. Mr. Smith was asked to provide proof of funds before finalizing the order. He was able to log in to his Entrust account online and print out a current statement to provide to the dealer. This allowed for the price of the coins to be locked in and for the dealer to place the order.

Once the order was confirmed, the dealer sent Mr. Smith an invoice. Mr. Smith simply submitted the invoice that he signed “Read and Approved” (indicating he understood what was being purchased) as well as a “Buy Direction Letter” to Entrust for funding. Within 24-hours of receiving Mr. Smith’s authorization, Entrust processed the purchase and wired the funds to the dealer to complete the purchase.

After the wire was initiated, Entrust sent a confirmation email to the dealer and Mr. Smith. The confirmation contained the packing slip that provided delivery instructions to Mr. Smith’s selected depository. Entrust IRA holders can choose which regulated depository to use. When the metal arrived at the depository, Mr. Smith received an email confirming the delivery, with a detailed registry of the metals placed in his IRA’s vault space.

Mr. Smith now owns physical precious metals in his retirement plan and can track value by simply logging in to his Entrust account. When Mr. Smith chooses to take possession of his coins, he can have them shipped to his home address as an in-kind distribution from his IRA.

The Entrust Group offers convenient and easy methods to invest in precious metals with a self-directed IRA.

Learn more about what precious metals are allowed in your self-directed IRA here.

The Entrust Group has a precious metals service center dedicated specifically to Gold IRA investors.  Contact us today to learn more about establishing one of these accounts, as well as your available investment options.

Be the first to comment! Click here.
Previous The Most Common Questions Asked About Precious Metals —Answered!

Next You Asked, We Answered: 3 Tax-Advantaged Plans For Small Business Owners