The New Tax Law and How It'll Affect Taxpayers in 2019 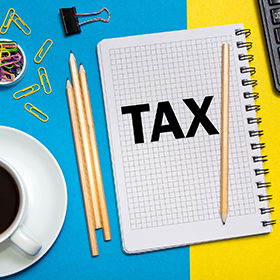 The tax return due date of April 15th 2019 is around the corner and many are wondering how it affects their tax return.

The application of changes to the tax law took effect for the tax year 2018.  For many, they will not personally see the effects until they file their taxes in 2019.  For some there may be a dramatic benefit and for some the result to the changes may not be as dramatic.

Let's address some common questions by people who are trying to decipher how the changes will affect them.

Q: 5 out of 7 tax rates have changed. How have the tax rates and/or brackets changed and how can it affect tax payers?

Q: I heard married couples filing jointly are greatly affected, is this true?

A: Under the new tax law, personal exemption which amounts to $4,050 per dependent (e.g., a family of 2 adults and 2 children =$16,200) is not available to reduce a taxpayer’s taxable income for tax years 2018-2025.  This is quite a substantial amount of taxable income reduction.

On the other hand, the standard deduction for married couples filing a joint tax return was almost doubled, from $12,700 for 2017 to $24,000 in 2018.  For couples who do not have enough expenses to itemize their deductions, this is a great gift for 2018.  This increase in the standard deduction gives a substantial reduction of taxable income and coupled with the reduced tax rates, will give a substantial tax reduction to couples.

Q: Has the standard deduction increased or decreased? How will this affect households?

A: The standard deductions have increased.  The amounts have been almost doubled.  The chart below depicts a comparison of the increase from 2017 to 2018.


Standard deductions reduce the Adjusted Gross Income (AGI) of an individual to determine the taxable income.  With the amounts doubling, this will reduce the tax payer’s taxable income significantly for those who do not itemize their deductions.

Q: Have there been any changes in itemized deductions, including for medical expenses, charitable distributions, or more?

A: There were three significant changes to the itemized deductions:

Q: How much has the child tax increased, and how will it affect households?

Q: What is personal exemption and dependent deduction? Is this still relevant?

A: Since the standard deduction have been almost doubled, the personal exemption has been eliminated until tax year 2026. This may have a significant effect on tax payers that have a number of dependents.

Q: What is the status of the corporate rate?

A: The corporate rate was simplified to a straight 21% after deductions.

Q: Are there any changes to tax-deferred retirement accounts?

Q: What is the largest takeaway regarding the new tax laws?

A: There are significant tax reductions for most Americans both individuals and businesses.

Q: What can tax payers do to make sure they are on track with their taxes for 2018?

A: Consult with their tax advisors to make sure they maximize all their potential tax deductions and reductions.

Here's What the House Tax Bill Proposal Could Mean for You and Saving for Retirement
November 15, 2017

Stand Out As a Financial Advisor With Advanced Tax-Planning and Self-Directed Investments
March 4, 2022

Previous Who is Considered a Disqualified Person? (Infographic)

Next Have You Conducted Your Yearly Financial Checkup Yet? Here’s a Guide