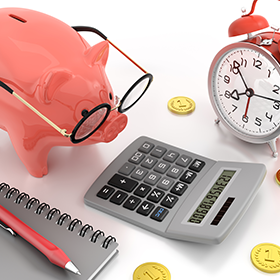 It’s tax time and with that comes decisions on making contributions to Individual Retirement Accounts (IRAs). Here are some common mistakes individuals have made regarding maximizing their retirement contribution opportunities:

1. Waiting Until The Tax Return Deadline

If later the tax payer determines that the contribution was made to the wrong IRA, whether whole or in part, they may move the contribution along with its earnings to the appropriate type of IRA as long as it is done on or before their tax return due date (plus extensions). This mechanism allowed by law is called a recharacterization. A tax payer would only need to contact the custodian or trustee of their IRA and, most if not all, should be able to walk them through the process.

3. Not Understanding the Rules

We have often heard individuals say that their tax advisor said they are not eligible to make an IRA contribution because they have made too much money for the year. In addition, they were told that they're not eligible because they participate in an employer sponsored plans such as a 401(k) plan. These two statements are totally incorrect and are just some of the misinformation that is floating around.

Here is a recap of the rules:

Remember, you still have time to open a self-directed IRA and contribute before the tax deadline of April 18th, 2017, but you must act soon!  Contact us today to get started.

5 Common Mistakes to Avoid When You Retire
February 18, 2016

Be the first to comment! Click here.
Previous You Asked, We Answered: Get Your Old 401(k) in Shape