Why Do People Switch from a 401(k) to a Self-Directed IRA? 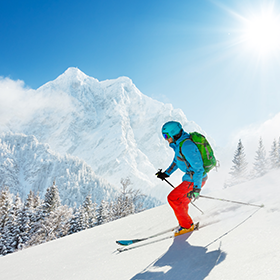 Let's face it: you have one or more 401(k) funds laying around collecting dust from previous employers.

Why not have your funds actually work for you in a Self-Directed IRA? Self-Directed IRAs let you invest in the assets you know best, and choose everything from real estate to precious metals to private equity.

The best way to ensure that your retirement savings plan reflects your needs and investment preferences is to open a Self-Directed IRA. Let us tell you why.

Moving the assets from a previous employer’s 401(k) plan or transferring the balance in an IRA you have with a traditional bank or brokerage house—where your investment choices are limited—to an Entrust self-directed account is easy and takes just a few minutes. Don’t limit yourself. Explore all your investment options with a Self-Directed IRA.

Here are a few examples of people just like you, who made the move to self-direction. Why not join them?

If you’re a typical American, you’ll change jobs 12 times over the course of your career. And if you’re among the 2/3 of Americans whose employer sponsors a retirement savings plan, that means you could have nearly that many 401(k)s or other tax-advantaged retirement savings plans collecting dust. If the only time you think about those accounts is when you receive an annual or quarterly statement, it’s time to think again.

That’s what Linda, age 61, did as she started to plan for retirement. She and her husband live in Florida, where Linda manages a branch bank. Over the course of a long career in financial services, she has accumulated several 401(k) plans that she let sit with her previous employers, with a total balance of $95,000. Now, she has the opportunity to invest in a promising local start-up. By transferring all of her 401(k) balances into a single Self-Directed IRA, she has the funds to make that investment.

At age 52, Dennis worked for the same employer for most of his career, but recently changed job and moved to Orange County, California. He did a direct rollover of the $50,000 balance from his previous employer’s 401(k) to an IRA, but is not satisfied with the investment choices. In fact, he has found an LLC he wants to invest in. To do that, he can transfer the same $50,000 from his IRA at another institution into a Self-Directed IRA. Because he never took possession of the money, both the direct rollover and the transfer have no tax consequences for Dennis.  With self-direction, he can choose his investment and not be limited to what the financial institution offers.

Invest in What You Know

Self-direction gives you a broad range of investment choices. Here are a few examples of how Entrust clients are investing after transferring their retirement savings accounts into self-directed plans.

Forty-two year-old Matt is an accountant. As a single guy who rents his own apartment in New York City, he knows just how good an investment rental property can be. But his Traditional IRA, held at a local bank, won’t allow him to invest his IRA in real estate. He transferred $410,000 to a self-directed IRA and was able to invest it in a piece of property he chose. He’ll benefit from the revenue stream and can watch the property increase in value as well.

Josh and his wife Holly, both 34, live in Chicago. Josh works as a business analyst and is interested in the investment opportunities offered by private placements. He has $32,000 in a Roth IRA that he transferred to a Self-Directed IRA to open up his investment universe. Holly, who owns her own graphic design firm, has always been interested in precious metals. She transferred the $40,000 in her SEP-IRA at a bank into a Precious Metals IRA.

Widowed at age 57, Gail wants to be able to travel. She knows that investing in real estate can generate a reliable revenue stream. She has a Traditional IRA with a $145,000 balance. That is more than enough to buy a small investment property near her hometown of Houston, Texas. By transferring the balance to a Self-Directed IRA, the market value of the investment will continue to grow tax-deferred, and she can start to take distributions at age 59½ without penalty to pay for her wandering.

Larry owns a small business in San Francisco. Unfortunately, at age 48 and recently divorced, Larry’s biggest client moved her business to a competitor. To shore up his business, Larry took a $205,000 distribution from his IRA. He invested the money in his business. Because he did not transfer or roll the money over into another tax-advantaged account, Larry had to pay a substantial early withdrawal penalty. If Larry had transferred even a portion of the distribution into another tax-advantaged account, he could have reduced that penalty.

If you are ready to learn more about how a Self-Directed IRA can help you take control of your retirement savings with more freedom, take advantage of our free Entrust Financial Fitness Workbook to learn whether an IRA is right for you and how easy it is to get started. Download your free workbook here.

How to Use "Checkbook Control" For Even More Control of Your Self-Directed IRA
August 8, 2018

How to Transfer Your IRA to a Self-Directed IRA in 5 Simple Steps [Video]
January 12, 2016

Next How Investors Take Advantage of Self-Direction With Entrust