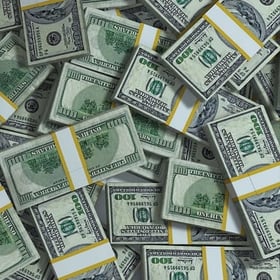 Joel wants to open a self-directed IRA with which he wants to invest in real estate. Here's how he would go about making the property purchase with cash.

Joel is 35 years old, and has a 401(k) with his previous employer for whom he worked for 10 years. Its current value is about $500,000. Joel has decided that he wants to start his own business, and upon leaving his company sells his stock, also worth about $500,000.

Joel’s tax accountant and certified financial planner help him see how he can have his own business and invest in real estate. Because Joel and his wife will make less than $100,000 in modified adjusted gross income during the year, he can use a self-directed Roth IRA to buy and sell non-traditional investments (such as real estate). First, however, Joel will need to rollover his 401(k) into a self-directed IRA with Entrust and then convert it to a Roth IRA. As part of the conversion, Joel may need to use his own funds to pay taxes due on the amount transferred to the Roth.

Because Joel is 35, he has ample time to maximize his tax-free investment portfolio through new investments. He also knows that if he ever needs funds to run his fledgling business after five years, he can withdraw up to $500,000 from his Roth IRA (the basis money which he converted to a Roth) without penalty or tax. If he does need the funds earlier, he will have to pay a 10 percent penalty on the amount withdrawn.

Now that Joel has converted his retirement funds to a Roth IRA, he is ready to invest in property. He seeks a property to rehabilitate, and hopes to make a clear profit of nearly 40 percent in six months. He finds a property for $199,500 and makes an all-cash offer contingent on inspections. The offer is made in the name of the Roth IRA. Because Joel is a fiduciary to his IRA and the IRA is to be the owner, he reads and approves the offer on behalf of his IRA. The offer is sent to The Entrust Group which signs the offer as the buyer.

Joel prepares a Buy Direction Letter to direct Entrust to purchase the property. The purchase contract is included with the Buy Direction Letter. This letter also directs Entrust to wire transfer $5,000 to the title company as an earnest money deposit. Entrust uses this direction letter to ensure that the transaction will be completed in accordance with Joel’s instructions. He carefully reads and approves all documents involved in the purchase, but Entrust signs all documents on behalf of his self-directed Roth IRA.

The property is inspected by engineering and pest inspection firms. They pinpoint some plumbing and electrical problems, as well as pest infestation. Repairs will cost approximately $7,500. Joel negotiates with the seller to reduce the purchase price by $7,000, and then amends his Buy Direction Letter to $192,500, and faxes it to Entrust.

Entrust wires $200,000 to escrow in accordance with the closing statement, which includes all closing costs and commissions. Hazard and flood insurance is obtained through Joel’s insurance company; the insured party is the self-directed IRA. The deed is sent to Entrust for safekeeping.

Joel is now ready to rehab the property. He knows that rehab costs need to be controlled to make sure that his profit spread is maximized. To this end, he reviews all bills and marks them as approved for Entrust to pay from his IRA. The bills are paid by Entrust directly to the contractor.

Joel acts as nominal manager of the project. He does not receive any payment, and he does not employ any disqualified persons to work on the project. Having performed all of the required functions to acquire and rehab the property, Joel decides to sell the property, when the market is going in his favor. His first objective is to ensure that he will recover at least his costs of acquisition, rehabilitation, and rate of return on the invested capital over the time the property was not income producing. The rehab cost his IRA $10,000. The main expenses were for cosmetic improvements and upgrades to bring electrical up to code. With great advice from his tax accountant, Joel set a sale price that will give him a 40 percent return on the property. He was able to have his IRA sell the property for $319,000.

Not only was Joel’s gain substantial, but also tax-free forever, since he has a self-directed Roth IRA.

If you have any more questions about purchasing a real estate investment with your IRA, please contact us.

Disruptive Real Estate Trends & How to Capitalize On Them: Part 1
September 23, 2021

What do Jack-O-Lanterns and Self-Directed IRAs Have in Common?
October 19, 2021

Be the first to comment! Click here.
Previous How to Find a Realtor Who Understands Self-Directed IRA Investors