For almost 40 years, The Entrust Group has provided account administration services for self-directed retirement and tax-advantaged plans. Entrust can assist you in purchasing alternative investments with your retirement funds, and administer the buying and selling of assets that are typically unavailable through banks and brokerage firms.

Anyone who receives a distribution exceeding $10.

The IRS Form 1099-R is issued by the custodian of an IRA for any distributions that takes place during the calendar tax year. It typically includes the taxable amount of the distribution, the amount of income tax withholding if any, and the IRS code indicating the distribution type.

The deadline for custodians to provide this form to the account holder is January 31st of the year following the year of the distribution.

A taxpayer must file this form with their income tax return only if there has been income tax withheld from the distribution. This amount should be on box 4 of this form.

If an IRA holder didn’t take any distributions, there will be no 1099-R issued.

If you rollover over a distribution to another IRA, your IRA Custodian/Trustee will issue IRS Form 5498, showing the amount rolled over. Form 5498 will offset the rollover amount from the distribution reported in the 1099-R.

There is no special reporting code for a Qualified Charitable Distribution (QCD) or for an IRA distribution made to fund a Health Savings Account (HSA). An amount used for these purposes will be declared in the individual’s IRS Form 1040.

There is no special reporting for required minimum distributions.

Anyone who has an IRA with a balance on December 31st will receive this form. However, it is the responsibility of the custodian, not the account holder, to file it with the IRS. All you need to do is keep a copy (we’ll send it to you) for your tax records.

The IRS Form 5498 reports all contributions made to an IRA (i.e., annual contributions, rollovers, conversions, recharacterizations). It also reflects the fair market value of an IRA as of December 31st of that calendar year.

The form shows the IRS which individuals aged 72 or older are required to take required minimum distributions (RMDs). A checked box indicates that an RMD is due in the year which the form is being sent to the IRS.

See a tax advisor or use IRS publication 590-A to determine your eligibility. Contributions to a Roth IRA cannot be used as a tax deduction because they are taxed in the year the contribution is made. If your adjusted gross income is below a certain level, you may be eligible for a tax credit which may further reduce your tax liability for the year called the saver’s tax credit.

The form must be sent by the custodian to the IRS by May 31st of the year following the calendar year in which a contribution was made to your IRA.  For example, IRS Form 5498 should be issued by May 31 of this year, for contributions that occurred last year.

Some custodians may choose not to send this form if there are no new contributions to the account.  To do this, there must be language on the Fair Market Value statement sent to the IRA holder by January 31st stating “This information is being reported to the IRS”.  Although you may not receive an IRS Form 5498, the IRS will still receive a copy confirming your contribution.

For Roth IRA holders, it is important to keep a copy of this form for each year a contribution is made. This form is useful for determining the taxation of future distributions.

IRA holders who have made nondeductible contributions to their accounts. Account holders whose IRA assets have a cost basis over zero will need to use IRS Form 8606 to prorate their taxable versus non-taxable distribution amounts.

Contributions to a Traditional IRA may be deductible, but if you are participating in an employer plan, the benefit of using your Traditional IRA contribution as a deduction may depend on the level of your income.

These limits are based on your modified adjusted gross income (MAGI). Any amount you contribute to a Traditional IRA that you do not deduct on your tax return is a called “nondeductible contribution.” You must report these contributions on IRS Form 8606 to make sure all your savings are not subject to federal income tax twice.

The Deadline
The IRA holder should file IRS Form 8606 with their tax return by the tax deadline, including extensions. However, if your tax return has already been filed, it can be filed separately. There may be a $50.00 penalty if IRS Form 8606 is not filed.
Additional Info

This form should be completed and filed by you, the IRA holder.

A separate form should be filed for each tax year that non-deductible contributions are made or distributed.

Failure to file IRS Form 8606 could result in owing income tax on amounts which should be tax-free.

What It's For
Since incomes from a business received by an IRA aren’t intended to be tax-exempt, the income must be reported to the IRS and will be subject to a tax if it has $1,000 or more in gross income. The tax imposed will be based on trust tax rates since IRAs are considered trusts. Passive income such as interest, dividends, rents and royalties are not subject to UBTI.
The Deadline
The deadline to file the IRS Form 990-T is April 15. You can file for a 6-month extension using the IRS Form 8868 if you need more time to prepare the IRS Form 990-T.
Additional Info

The IRA holder must acquire an EIN for the IRA to file the IRS Form 990-T.

Taxes must be paid from IRA funds and cannot be paid out of pocket.

Who It’s For
Individuals who pay taxes.
What It's For

Form 1040 is the standard IRS Form that taxpayers use to file their annual income tax returns. The form contains sections that require taxpayers to disclose their taxable income for the year in order to determine whether additional taxes are owed or whether the filer is due a tax refund.

Everyone who earns income over a certain threshold must file an income tax return with the IRS.

The Deadline
Taxpayers should file IRS Form 1040 by the tax return deadline due date of April 15.  However, the individual can file for an extension if more time is needed.

Who It’s For
Individuals with retirement accounts or Education Savings Accounts needing to indicate whether they owe the IRS the 10% early distribution or another penalty.
What It's For
IRS Form 5329, entitled “Additional Taxes on Qualified Plans and Other Tax-Favored Accounts” is used to report additional taxes on IRAs, other qualified retirement plans, ESAs, and HSAs. It’s filed when an account holder needs to pay the IRS the 10% early distribution penalty, or for another penalty such as early withdrawals, excess contributions, or excess accumulation.
The Deadline
Taxpayers should file IRS Form 5329 along with their individual tax return and the IRS Form 1040 by the tax return deadline due date of April 15. 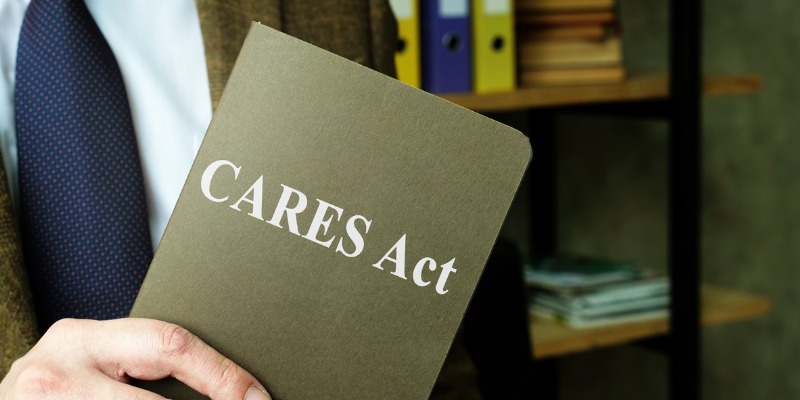